McConnel has a firm reputation for blazing trails with quality, innovation and technology. Now the company is introducing the ultimate in remote controlled machinery with the next generation ROBOCUT range being launched at Saltex. 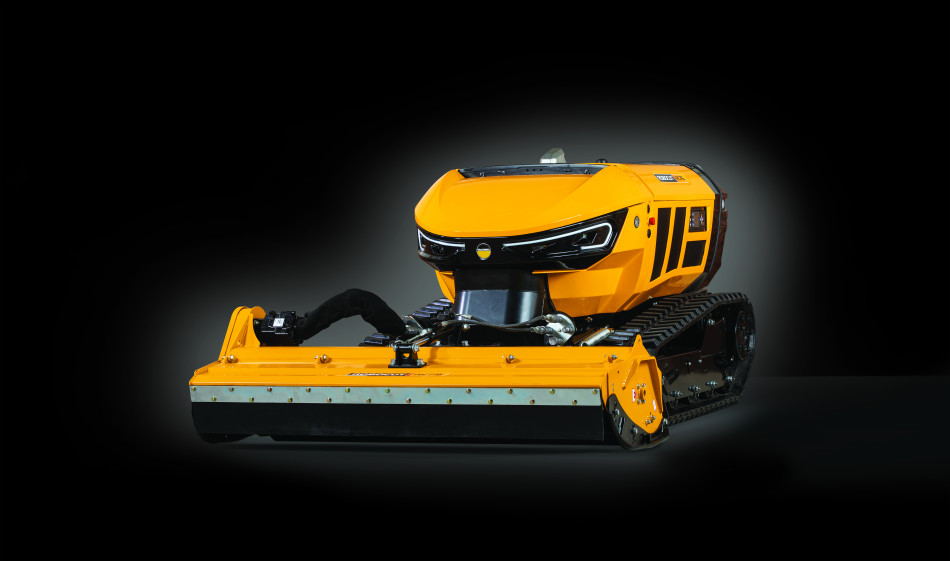 Designed for the most challenging conditions, the all-terrain capability of the all new ROBOCUT is superior on every level. The range comprises two new models, ROBOCUT RC56 and RC75 which surpass all expectations with an exciting new ground up design which incorporates the very latest advancements in technology. The new models boast more power, an advanced feature set and a revolutionary control system for greater output, safety and control.

ROBOCUT power comes in the form of two new engine choices, 56hp and 75hp, which have been developed in a partnership with Hatz GmbH specifically for working on steep gradients of 55 degrees. New engines provide up to 75% increase in power resulting in market leading power-to-weight ratio. Fuel efficiency has also increased by 20%, coupled with 100% increase in fuel capacity enabling up to eight hours of operation between refills. 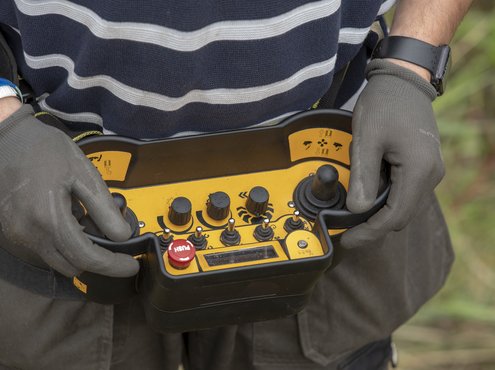 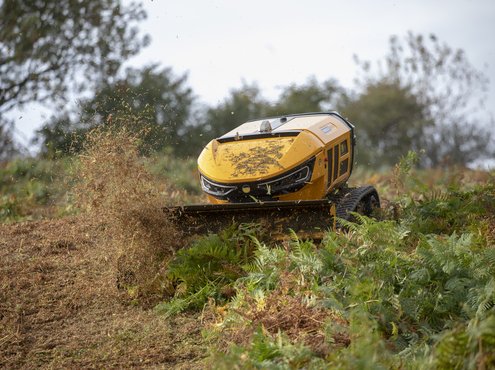 The introduction of fully enclosed body panels protect the power unit from damage when working in harsh environments whilst also keeping out grass and debris. The stylised design also incorporates gull-wing style side panels that provided quick and easy access to engine bay.

For the first time GPS Autosteer will be available, developed in conjunction with Trimble, a world leader in a wide range of positioning technologies. GPS Autosteer enables operators to control precise cutting to an accuracy of 25mm from up to 150 metres away, eliminating wasteful overlap with each pass, dramatically increasing productivity.

The new power plants enable wider 1.6m and 1.9m flailheads to be fitted to ROBOCUT for greater output. The popular 1.3m Grass, Forestry and Mulcher flailheads remain available within the extensive attachment line-up.